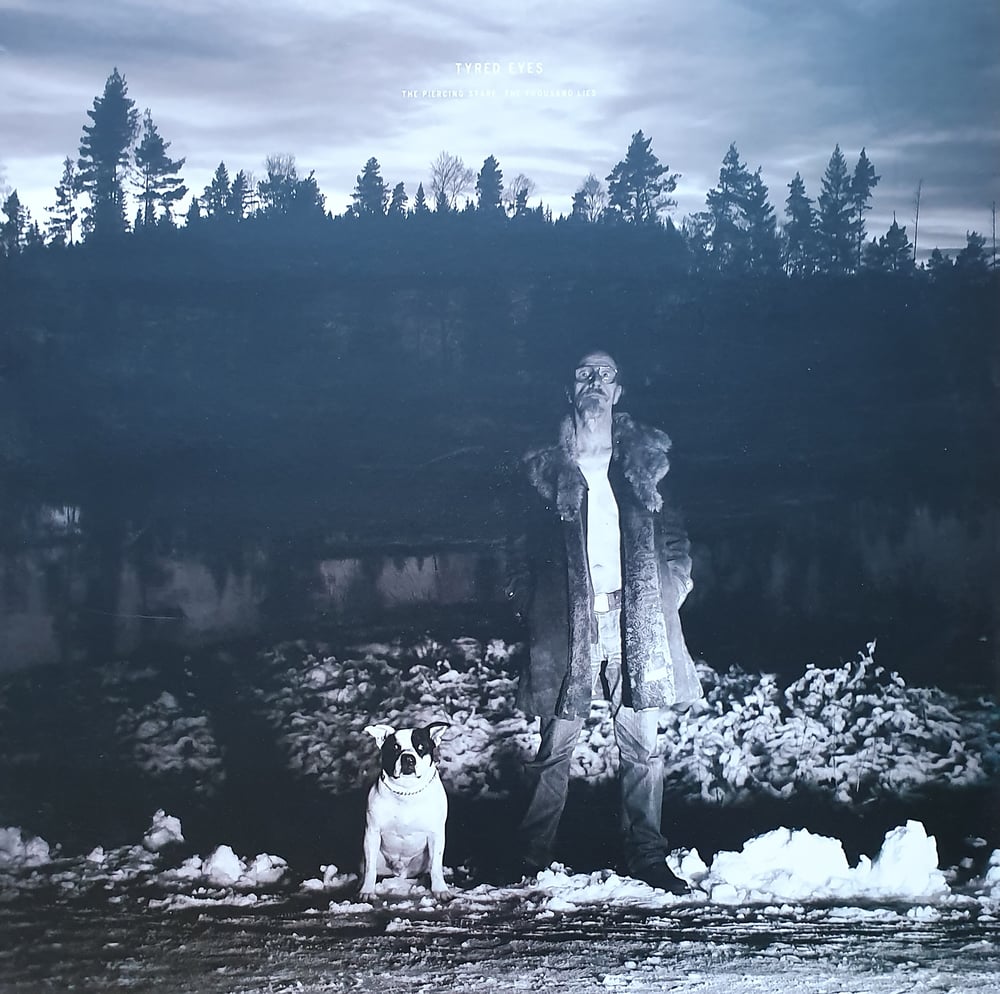 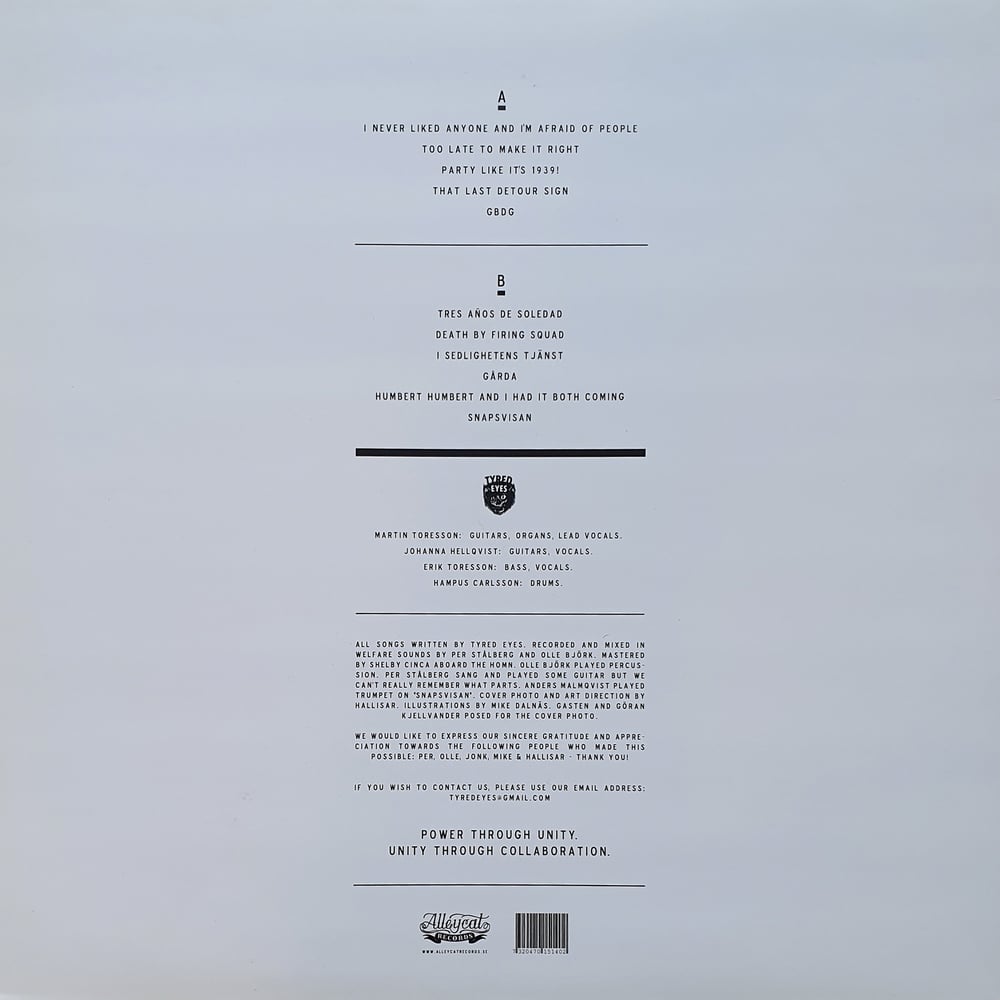 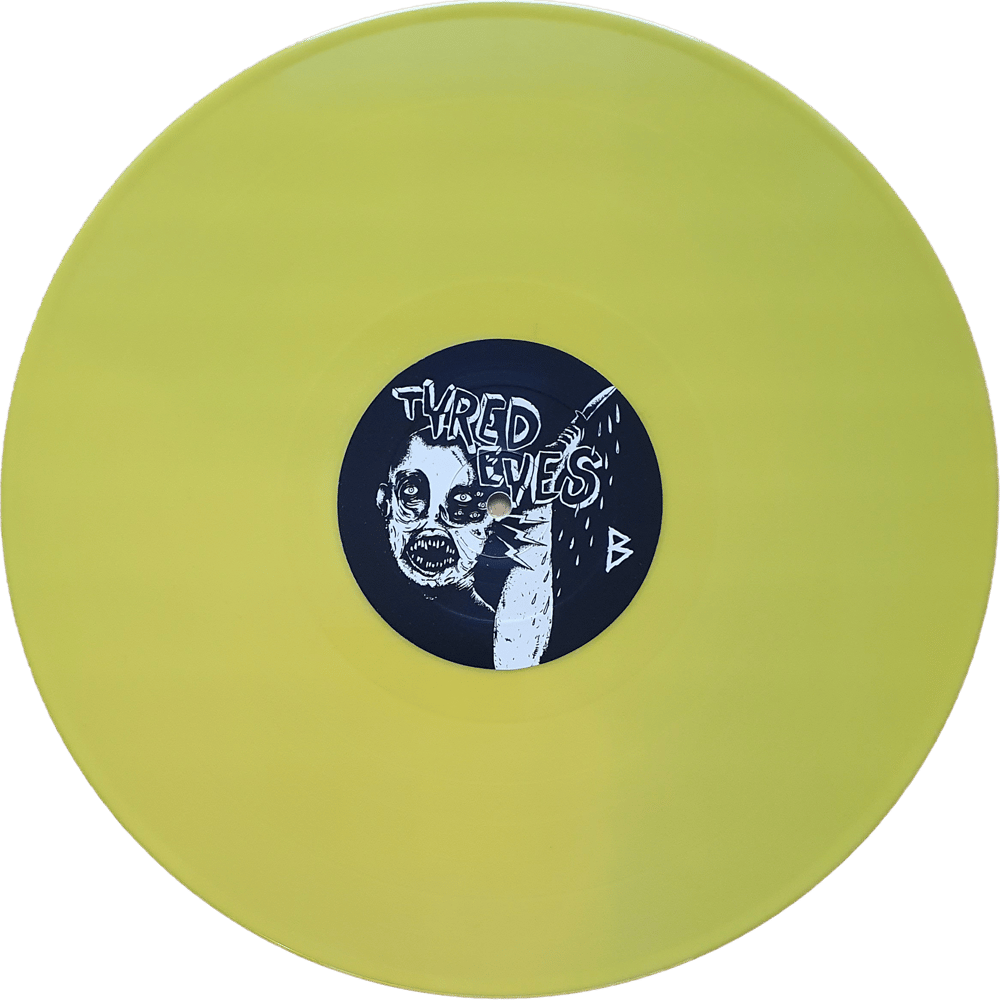 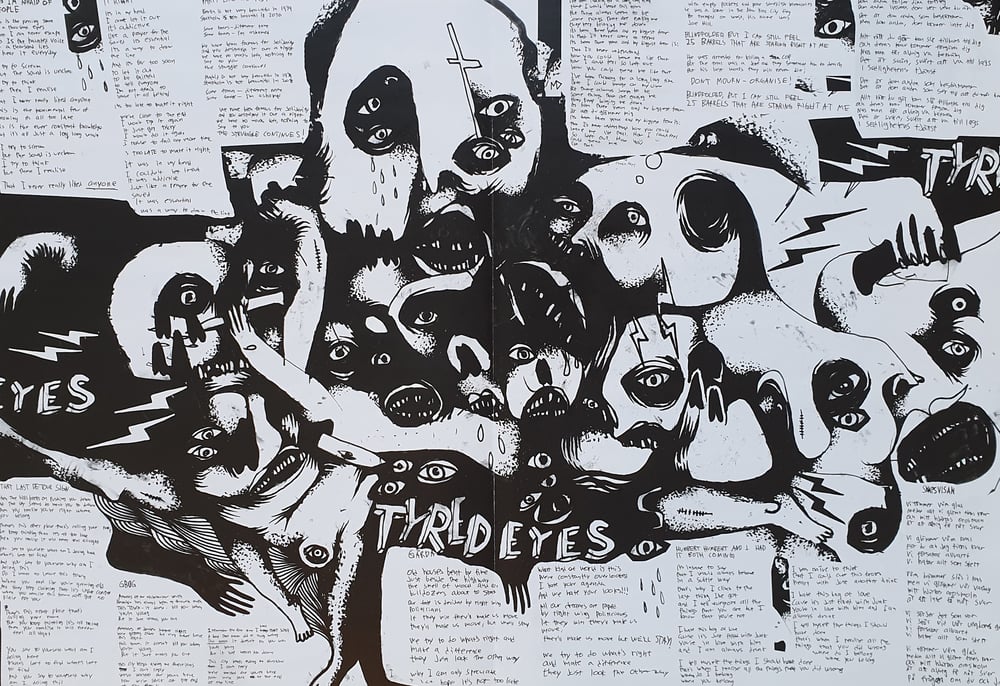 This is the debut album by Swedish garage-poppers Tyred Eyes. 'The Piercing Stare, The Thousand Lies' is a dark yet desperately inspiring record that not only tells you what's wrong with the world we're living in, but also wants you to do something about it. The album is filled with everything from fast and melodic punk, melancholic garage ballads and catchy rock. Pressed on a nice yellow vinyl!

Side B:
1. Death By Firing Squad
2. I Sedlighetens Tjänst
3. Gårda
4. Humbert Humbert And I Had It Both Coming
5. Snapsvisan