The Coffinshakers Vs The Archers 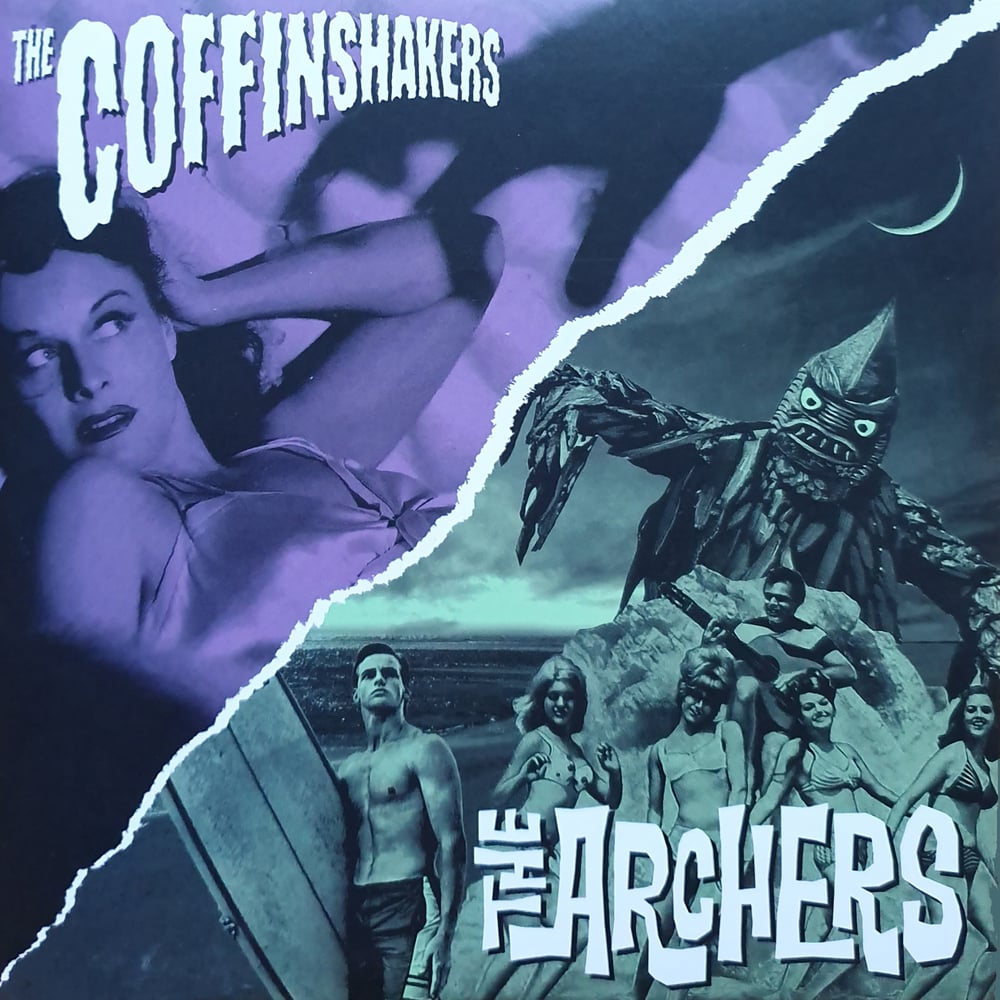 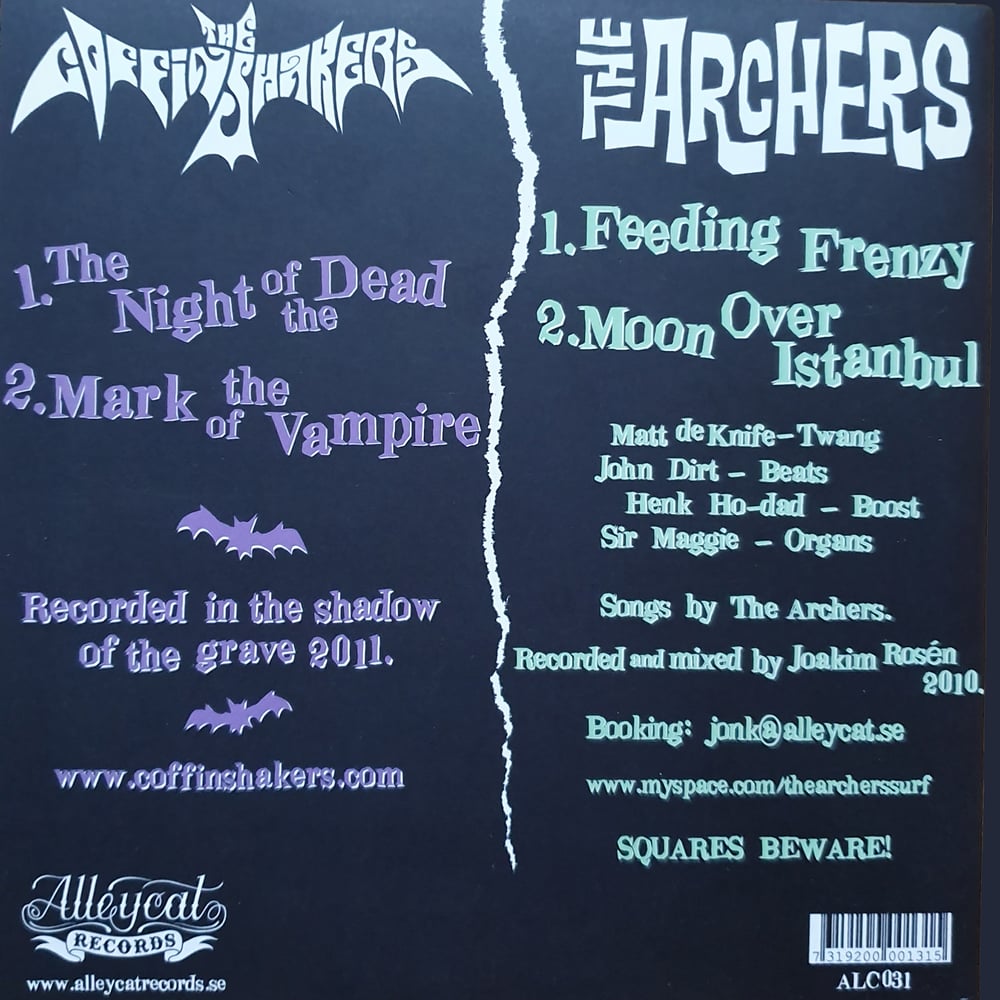 Here you have two bands with one agenda: putting the "fun" in funeral. This is the first ever split 7" that The Coffinshakers appear on, and they bring you two bloodcurling western tales of death and the undead. And on the B-side you'll find two songs about shark attacks and mad ghoulish arabs, by the instrumental surf n' garage outfit The Archers. If you like to howl in the pale moonlight, this is a record for you.

Tracklist:
Side A (The Coffinshakers):
1. The Night Of The Dead
2. Mark Of The Vampire

Side B (The Archers):
1. Feeding Frenzy
2. Moon Over Istanbul